Equinor has awarded Odfjell Drilling a letter of intent worth at least $290 million for the semi-submersible Deepsea Aberdeen to take on the long-term drilling requirement at its forthcoming Breidablikk development in the Norwegian sector of the North Sea.

Equinor says the loi covers the drilling of 15 firm wells for the Breidablikk development, with the fixed part of the contract expected to be worth around $290 million. There will be additional costs for integrated services, maintenance, modifications, mobilisation and demobilisation, the operator added.

In addition, the loi includes options for drilling another nine wells in Breidablikk with the Deepsea Aberdeen, which is a sixth-generation, dual-derrick unit. An Equinor spokesperson confirmed the option wells tally included one over and above the 23 planned in the PDO submission for the field development.

Odfjell, in its own statement, says that the rate for the optional wells “will be mutually agreed based on performance and market benchmarks”. It added that a “performance incentive rate will apply when wells are delivered ahead of target”. (Image: Deepsea Aberdeen) 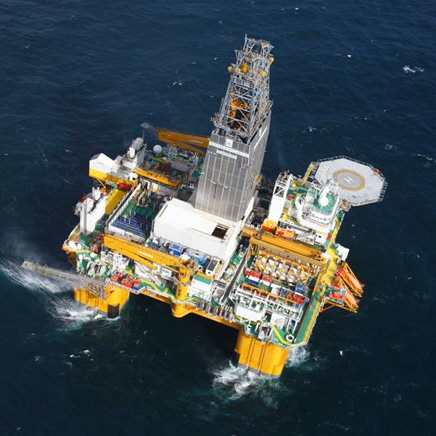